How to Make More Space Available on the Windows 7 Taskbar

Published by chris.cubilla on September 15, 2012

You can decrease the size of the icons on the Taskbar, so they’ll take up less space. The image above shows the Taskbar with the default, full size icons. To make the icons smaller, right-click on an empty space on the Taskbar and select Properties. 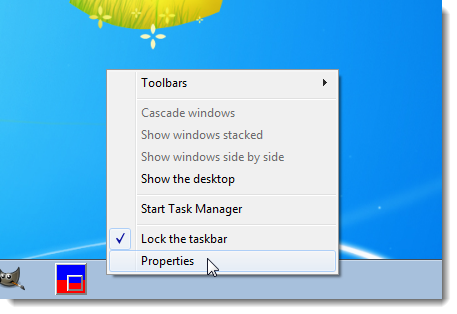 The Taskbar and Start Menu Properties dialog box displays. On the Taskbar tab, in the Taskbar appearance box, select the Use small icons check box so there is a check mark in the box. Click OK.

All the icons, except the Start button, are reduced in size, and the Taskbar itself is slightly shorter in height.

Increase the Number of Rows on the Taskbar

If you really have a lot of icons on the Taskbar, you can make the Taskbar display two rows. To do this, unlock the Taskbar by right-clicking on an empty space on it and selecting Lock the taskbar so there is no check mark next to the option. 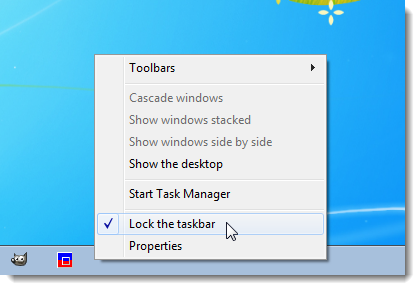 Put your mouse cursor on the top edge of the Taskbar. The cursor should change to a double-ended arrow, as shown below. 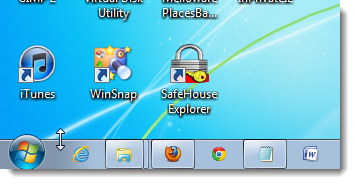 Drag the double-ended arrow up until you get two rows on the Taskbar. It will look similar to the following image, although we don’t have enough icons on the Taskbar to fill a second row.

If you want to keep the two rows, right-click on the Taskbar again and select Lock the taskbar so there IS a check mark next to the option.

NOTE: You can put the Taskbar back down to one row by dragging the double-ended arrow down until you see one row. Then, lock the taskbar again. 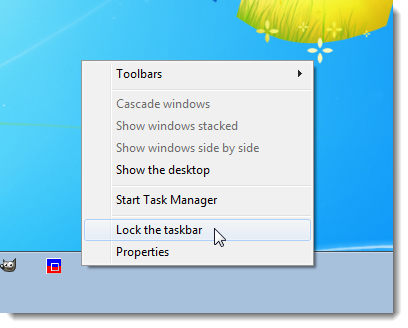 NOTE: If you like filling up the Taskbar with icons, this tip will be useful for you. However, you’ll notice that it does take up more room on your screen.

Minimize Applications to the System Tray Instead

When you minimize a program, it puts an icon on the Taskbar by default. However, you can use third-party programs to minimize programs to the system tray, leaving your Taskbar less crowded. We’ve written about three different tools that allow you to do this: 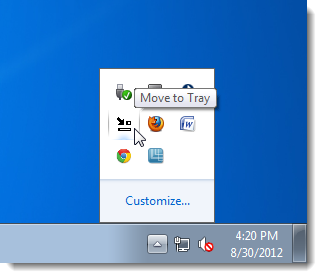 Use Launchers to Keep the Taskbar Clear

You can also use launchers to keep your Taskbar clear, and maybe your Desktop, too. One method does not require any third-party software. You can use the Windows Quick Launch bar as an application launcher. 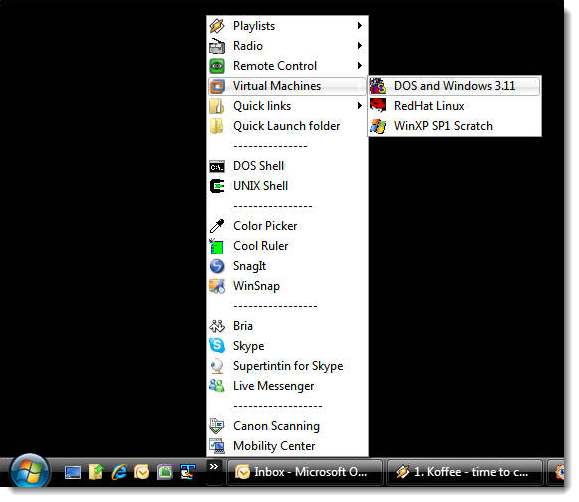 If you don’t mind installing third-party tools, you can use Jumplist Launcher to use the Windows jump list feature to create a launcher. 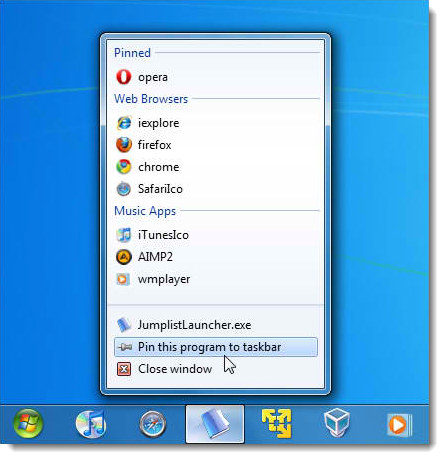 side effects of sildenafil tablets http://droga5.net/

can i buy chloroquine over the counter

How to record Skype calls

Keeping in touch with relatives and friends around the globe is easy – and free – with Skype. Now, you can also record conversations from within the app, so you can relive those precious moments Read more…

Lenovo, a leading technology company, has partnered with IDC to examine the fundamental shifts that will change the concept of work and how it will be done in the next few years. The IDC InfoBrief, Read more…